You are here: Home / Academia / On Bollywood Cinema 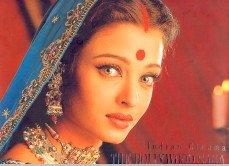 Prof Vijay Mishra gave an interesting talk on the critical genealogy of Bollywood Cinema at the University yesterday evening.

He provided an interesting insight into the evolution of Indian films from the mid-thirties (with the dramaturgical traditions and the classical courtesan theme) to the rise of the present Bollywood industry.

It is interesting to note that the film industry in India was given official recongition by the State only in 2000 despite the fact that the first Indian silent was released in 1913 and that India is the biggest producer of films in the world (in volume).

Vijay Mishra pointed out that there is a tension between, on the one hand, the traditional thematics dealt with in Bollywood films (e.g. family and traditions) and, on the other, the new representation modes being employed and which now focus on techno-realism and hyper-modernity. In simple terms, there is a stark contrast between those eternal traditional values and the debauche of wealth and sexual overtones in Bollywood films.

Men as objects to be looked at
I tend to think that there is a form of regression in Indian films as the courtesan theme is being extended to men also (think of Hrithik Roshan and Salman Khan exhibiting their muscles in sexy dance numbers). Whereas, in the old Bombay films, films were laden with meaningful dialogues uttered by men whilst women used to dance in a lascive manner, this is no longer the case. Men’s dialogues have been replaced by silly dance numbers as well… So that there is a form of ‘progress’ in the gender balance (women and men dance now and are both to be looked at) but the artistic and asethetical value of films has been lowered!

Mishra also highlighted the ‘diaspora effect’ in the circulation of films as many of those big hit fils (Devdas, Kal Ho Na Ho, Khabie Ghushi Khabi Gham….) are seen increasingly by non-resident Indians in the western world. Could this point towards a wave of nostalgia for their motherland? Mishra says yes, but it is no longer the same Mother India. It is a defiled version which is now being sacrificed on the altar of profitability.